Affiliate links in this post will be clearly marked with a * and if you click one of these links I will earn a discount or receive payment.

Recently our lovely Daisy headed to the Evelina Children’s Hospital for an FPIES food trial and I thought I’d pop up a little post explaining how it worked and how she got on. We explain allergies to Daisy well, and so she was aware before we visited the hospital, of everything that would be happening.

We were briefed in advance about what was going to happen during Daisy’s FPIES dairy trial. Daisy was scheduled to spend a full day in the hospital, from 9am to 5pm. Here are some pointers if your little one has a trial soon, although bear in mind that every patient has different needs and this is just intended as a guideline.

Can your child attend an FPIES food trial if unwell?

We were told no. We were also told that Daisy must be free of antihistamines for a set amount of days. As she is not currently on any prescribed medication this was simple, however, we did have to cancel her previously food trial, in September 2019, and wait 4 months for an alternative date, due to illness. It is just one of those necessary evils sadly because they don’t want a child in the clinic with a weakened immune system, or reliant on antihistamines at that time, as either or both of these situations can mask some of the initial warning signs of an FPIES attack.

For Daisy’s food trial we were asked to pack the dairy for her. The hospital advised us that we needed 100ml of milk. Daisy was packed off with her Daddy and a 1 pint of whole milk.

We were also instructed to pack food and supplies for the day. We made sure to have Daisy’s favourite *Yumbox, packed full of lovely snacks. For us, this meant her usual safe foods and foods that we knew she had eaten with no issues for several years. Also, food for Thomas too, as he was going to be spending the whole day in the hospital with Daisy.

There were lots of play areas, toys and activities. Also, the staff were fantastic with our daughter providing lots of entertainment. On top of this, we packed a tablet and charger, phone and charger and a few other bits and pieces to keep Daisy entertained. We wouldn’t usually sit around for a full day like this on tech, though we don’t limit screen time anyway, it’s fine for a day, isn’t it!

On the day itself our appointment was just after 9:am, 9:20 I believe. During the pre-op telephone appointment, we were advised that we could only attend if our daughter was 100% well and had not needed antihistamines etc beforehand for a number of days. This was fine for us, luckily, and then they booked Daisy in, took her observations and put numbing cream on her hand as FPIES patients typically have a cannula fitted to allow for administering medication if required after a reaction.

Daisy had to drink milk, around 30ml, which she did without any complaints. She actually said it was delicious! Then the first of the long waits began, a 2-hour wait before more milk was given.

Now it was just time to wait to see if anything happened. FPIES reactions are typically delayed and can take a few hours. After 2 hours of waiting nothing had happened. Daisy’s observations were taken regularly (temperature, blood pressure etc) and she was cleared to have the next dose of milk.

Daisy had her second dose of milk, around 70ml, and then there was a 4-hour wait again. Thankfully Daisy did not have an FPIES reaction in this time and then after multiple observations, her cannula was removed and she was discharged.

What happens after passing an FPIES dairy trial?

This is specific to Daisy of course but what happened next is that we were told to ensure Daisy had dairy at least a few times a week. This has REALLY not been hard for us. Daisy has been thrilled to try cereal with cows milk, different bread and bagels, Peppa pig ice creams and generally just lots of foods, mostly junk, that she has never tried before. It has gone really well and she hasn’t had any obvious issues with digestion and no sickness or FPIES episodes.

We have a telephone consultation with Evelina booked for a couple of weeks time, to discuss how everything has gone. I’m hopeful that during this appointment we can book an appointment to test chicken or soya. I think we will ask for soya. Soya is the next biggest allergen that Daisy has, and more difficult to avoid in mainstream foods than chicken is. Also, I know Daisy would love to try Chinese food and SO MUCH of that has soya in!

It is so hard to believe that Daisy has been reacting to dairy pretty much from Birth. Daisy was only 10 days old when she first projectile vomited and had an FPIES reaction. It took SO long to get help, really getting nowhere fast until Daisy was about 18 months. Now she has outgrown multiple FPIES allergens including dairy, Xanthan gum and strawberries. Alongside this Daisy has also outgrown non-IgE reactions to coconut and it seems that gluten is next. I’m so happy. I hope that this post will bring comfort to any other people who have an FPIES member of their family.

Daisy hadn’t outgrown any of her allergens at 2. I felt it was unlikely she would outgrow some of them ever! Then at 3, she had a reaction. Around her 3rd Birthday. I was even more resigned to what felt like the inevitable. However, here we are, 7 weeks short of her 4th Birthday, and she’s already outgrown several FPIES allergens! I didn’t visit the hospital for Daisy’s FPIES food trial and my husband went instead. My anxiety was quite high waiting at home but we had tradesmen in, so I didn’t have much choice than to stay home anyway!

If you’ve got any questions FPIES, or in-hospital food trials, do drop me a message over on my Instagram.

Fancy trying out one of my freefrom recipes while you’re here?

If you’ve enjoyed this post I’d love it if you could give it a pin on Pinterest for me!

You may also enjoy: 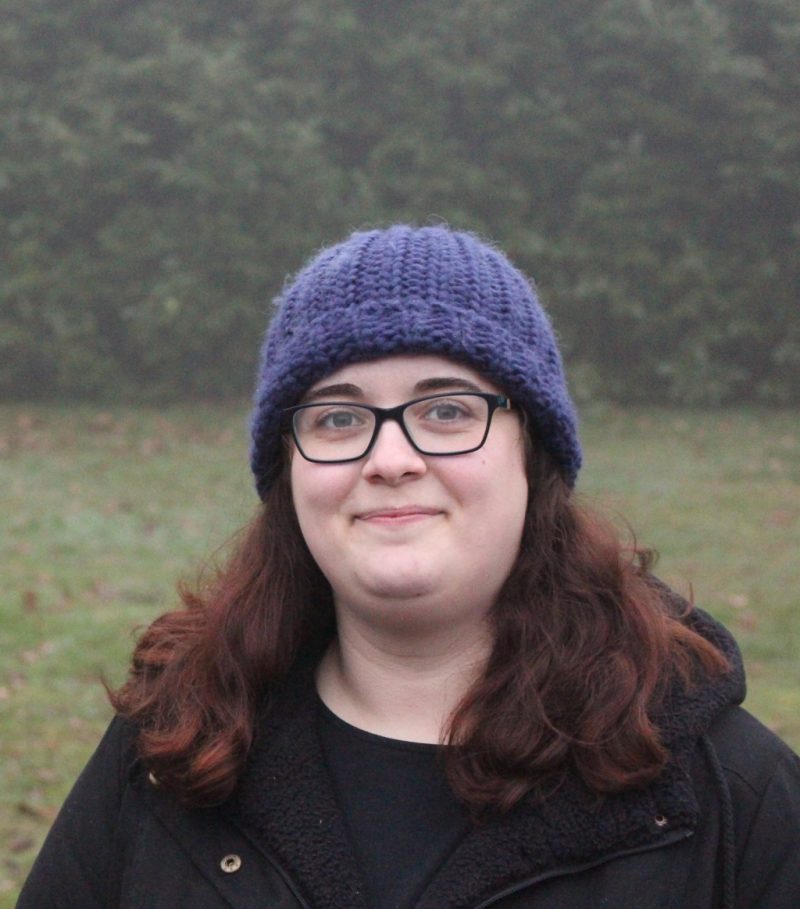 I'm Katy, 31, from Essex. I'm Mum to Daisy, who has FPIES. Daisy has multiple allergies including wheat, soya, dairy and chicken.